The 2018 Honolulu Rainbow Film Festival runs Aug 9-19 with 54 films from around the world, including showcases of queer Asia Pacific films and LGBTQ women specific programming with ClexaCon.

Plus discussions with over 20 special guests, parties, and the fabulous Red Carpet Event. 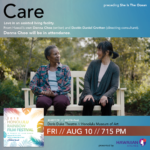 CARE
USA // 2016 // 8 MINS // DIR. APRIL A. WILSON
At an assisted living facility, the last thing Bea and Rose expect is to fall in love, but in doing so they redefine expectations of life, love, and commitment. HAWAII TIES — Writer Donna Choo is originally from Honolulu and works in the film industry in Los Angeles. Directly Consultant Destin Daniel Cretton (best know for writing and directing the feature film SHORT TERM 12 starring Brie Larson) is a 1996 Maui High Graduate and grew up in Haiku. In attendance will be Writer Donna Choo. 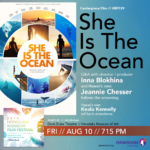 SHE IS THE OCEAN
USA // 2017 // 101 MINS // DIR. INNA BLOKHINA
Due to unforeseen circumstances we regret that Rose Molina, Ocean Ramsey and Andrea Moller will not be able to join us at the screening of SHE IS THE OCEAN as previously announced. We are excited that Director / Producer Inna Blokhina and Hawaii’s own, Jeannie Chesser will join us for a Q&A following the screening. Hawaii’s own Keala Kennelly will also be in attendance. 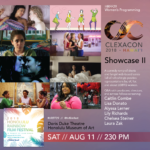 From first loves to new jobs to the end of a relationship, take a journey of emotions with this program of funny yet thoughtful women’s shorts and web series. 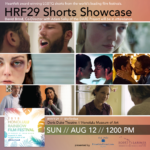 THE DARE PROJECT
USA // 2005 // 32 MINS // DIR. DAVID BRIND + ADAM SALKY
In the award-winning original DARE (2005), high school teens Ben and Johnny share one slightly dangerous, very sexy, boundary-pushing night in a swimming pool. In the fan-demanded sequel (2018), Ben and Johnny, who are now in their early 30s, fortuitously run into each other at a party in LA after not seeing each other since high school. They find their original magnetic connection is still strong, but what can they do about it? In attendance will be Co-Director David Brind.

SUNDAY AUGUST 12, 1200 PM
Plays as part of the SHORTS SHOWCASE 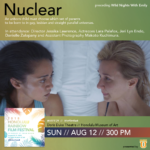 NUCLEAR
USA // 2018 // 15 MINS // DIR. JESSIKA LAWRENCE
A pregnancy drama that redefines the prevailing definition of a “nuclear family” through the experiences of a straight, lesbian and gay couple pursuing the dream of parenthood. In each we discover just how more alike than different we are from one another. In attendance will be Director Jessika Lawrence, Actresses Lara Palafox, Jeri Lyn Endo, Danielle Zalopany, and Assistant Photography Makoto Kuchimura. 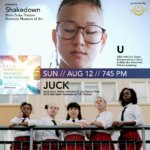 Through spoken word, we follow Openi — an introverted, introspective, Chinese-diasporic queer — as they reflect on the nuances and intricacies of the relationship between their lover and them self. This autobiographical self-portrait explores themes of lust, idealism, non-attachment, and the notion of soulmates. Written and shot entirely in Honolulu’s Chinatown. A Q&A with Director Lala Openi, Videographer Kaleipumehana Cabral and On-Set Coach Alejandra Alexander following the screening has been added to the program.

Learn more about our new guests for these screenings. For other bios on visiting filmmakers and actors, refer to the digital program guide above.